Why I am Voting Green 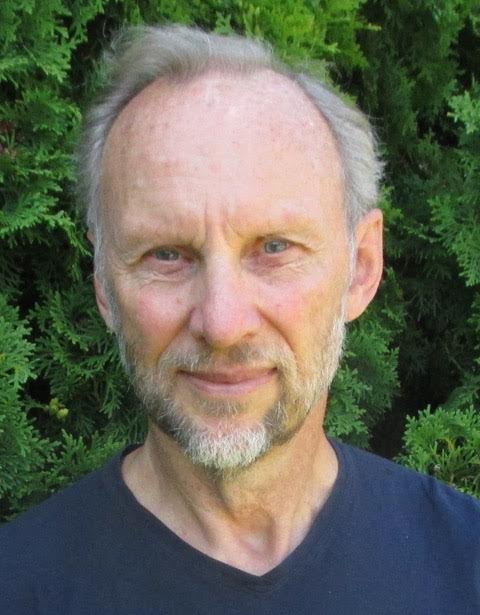 Why I Am Voting Green

I have been pondering for months what to do in the upcoming federal election. This election feels very much like a watershed moment; a moment that will decide what kind of country Canada will be for possibly decades to come. And I feel a deep desire to be a meaningful part of shaping that destiny, so that it includes at least some of my own values and principles.

I know for certain that I will not be supporting Stephen Harper and the Conservative Party. Their actions are largely responsible for a growing sense of dismay and anguish that I am experiencing over the direction our country has been taking in the past few years.

Neither will I be casting my ballot for the Liberal Party. They are mostly another iteration of the corporate-controlled power structure in Ottawa under the Conservatives. They are very weak on policy, which they carefully unveil one step at a time to woo as many voters as they can, and not alienate anyone. As a result, they are wishy washy on almost everything that matters to me. They appear to stand for no clear set of values, and they lack a coherent vision for the kind of Canada they would like to help build.

That leaves the NDP and the Green Party as the only contenders for my support. Both parties have a vision, a set of principles by which the party is governed, and express values that would move our country towards being the beacon of transparent democracy and responsible society that I hope for.

After looking carefully at these two parties, it has unequivocally come down to the Greens as representing the best hope for a truly renewed Canada – a Canada that can be looked to for inspiration and leadership the world around, a Canada that my children and grandchildren will be proud to be a part of.

The Greens are a party that cannot be pegged in the usual way, and they don’t fit neatly into the traditional left-right spectrum that defines the big three parties. Depending on the specific topic, Greens connect right across the spectrum. For example, they support classic “left” issues like social justice, social programs and universal healthcare. They also support “right” issues like smaller, transparent government that is fiscally conservative. And they have other initiatives that are out of the left-right box altogether, such as migrating our economy from extractive drivers to a steady-state economy sustainable over the long run. And they want to have a fair taxation system that is used to pay for programs without relying on continued increase of the federal debt.

The full range of Green initiatives and values are spelled out in detail in their Vision Green document. This is a long read (some 180 pages), but it shows the Greens to be a forward-thinking party with well-developed policies and ideas that are not entrenched in any specific outlook. It looks broadly at what is important for Canada and Canadians — present and future generations — without a rigid ideology. And it sees Canada as a vital link in a healthy, sustainable world. In short, the party’s vision and values are transformative, and would produce a society that is peaceable and just, democratic and inclusive, and environmentally and economically sustainable for the long term.

Greens are non-partisan. They don’t subscribe to a rigid ideology that drives their behavior, and they are willing to work with any other party for the betterment of Canada. For example, the Green Party is the only federal party committed to forging cooperation in the next election.  So far every effort by Greens to engage Trudeau and Mulcair (separately or together) has been rebuffed. This includes offers to cooperate in by-elections as well as to develop a shared strategy for the next general election.

Greens plan to keep trying to secure agreement for cooperation in 2015, with the ultimate goal of replacing “first past the post” system with proportional representation. This will result in future governments truly representing the voting choices of its citizens.

A New Approach to Governance

Greens are big on re-thinking governance in Canada. They envision a 4-way partnership, or team, sitting at one table, designing programs, policy and laws that are for the betterment of everyone. The 4 partners would be the feds (all parties), the provinces, local governments and First Nations, all working together as equals. This would be revolutionary!

The Green Party of Canada is not a whipped party. In fact, whipping is specifically not allowed. That leaves all Green MPs free to vote in Parliament based on their conscience, and on what’s best for the constituents of their riding. No other party is like this.

These are just a few of the things that set Greens apart from the rest. It is clear to me that if Trudeau or Mulcair get in, they will be mostly just more of the same: obsessed with getting votes, people pleasing, keeping power centralized in the PMO, whipping their members, etc. etc. Mulcair is in favor of some sort of electoral reform, and he wants to dump Bill C-51 — those are both great. But so much else is just the same old, same old.

Concerning the vote spitting rhetoric that so often accuses the Greens of screwing up elections, it really is a myth. Check out this great little analysis of what actually happened in the last election all across the country.

Vote Splitting and strategic voting arguments are voter suppression tactics.  They are fear-based strategies. They discourage people from voting because they are warned their vote will be wasted if they vote for what they want rather than voting against what they fear.  You will never receive the government you want unless you vote for it!

The threat to Canadian democracy is not “vote splitting” but “vote abandoning”.  The single largest voting bloc in 2006, 2008 and 2011 has been the 40% of Canadians who did not vote at all.  If there was a party that received the vote of every Canadian that didn’t cast a ballot in the last election, they would win by a landslide!  Voter suppression works in the favour of incumbent governments, especially Harper’s Conservatives. Getting out the vote and re-engaging Canadians who are “anti-voters” (a distinct group of about 1/3 that make a conscious decision not to vote as a form of protest for what they see as either disgusting or a rigged game), as well as engaging the other 2/3 that fail to vote (apathy, too busy or lack of information), is in the interests of democracy.

The Green Party is deeply concerned about this issue, and from what I’ve seen as they begin canvassing voters, their number one message to people is, “We would love it if you agreed with our values and supported us, but above all, get out and vote – no matter who you decide to support!”

I will definitely be voting, and it is hands down the Greens who hold the promise of a profoundly new and renewed Canada, a Canada that will be a pleasure and privilege to be part of, that could bequeath coming generations a bright future, and that would be an inspiration for the world.