What’s Happening with Salmon Farms in the Discovery Islands? 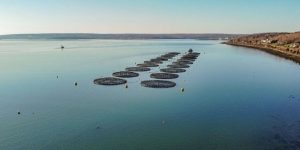 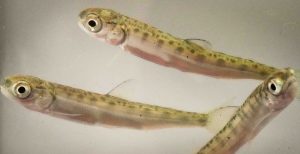 In December, 2020 the federal Government finally decided that it was time to get the salmon farms out of the channels of the Discovery Islands near Campbell River. As Greens, we are delighted with this decision; it has long been Green policy to get the farms out and work to restore the health of our ocean. This long-awaited change in policy is largely thanks to the courageous stance taken by Fisheries Minister Bernadette Jordan, who chose to ignore the strongly pro-industry “advice” from her senior advisors and DFO. Minister Jordan chose instead to listen to the voices of the First Nations in whose traditional waters these farms have existed. For decades they have called for an end to these farms, and finally they were heard by Ottawa. Many others played important parts in convincing Minister Jordan to do the right thing, most notably salmon biologist Alexandra Morton. Her tireless 3 decades crusade and research are key to finally overpowering the obfuscation and denial by government and industry scientists and bureaucrats.

The Discovery channels are the major migratory route for the vast majority of young salmon of all species from the Fraser River watershed, long one of BC’s largest and most productive salmon systems. As they swim through the waters where the farms are located, the young fish are hammered with lice and viruses that proliferate in the crowded salmon pens. The mortality of these young migrating fish is very likely playing a major role in the disappearance of the once-mighty runs of salmon our coast was known for not many years ago.

With this decision government has given industry 18 months to remove their farms. This historic decision has taken many years of struggle, conflict and discussion, as well as the most comprehensive review ever done of Pacific salmon management in Canada, the 2012 Cohen Commission. After 18 months of testimony and $26 million, this Commission presented the Government with a set of 75 recommendations to save our wild fish. One of the most important of these was that all salmon farms in the Discovery Islands be removed from the ocean by September 2020 (giving industry 8 years notice), unless it could be proven that these farms had minimal negative effect on wild salmon (see Cohen Report recommendation #19, page 26). It seems the government is finally prepared to admit (after 8 years to do so, it was still 3 months late) that these farms do indeed threaten the survival of wild fish, despite ongoing efforts by industry and its sympathizers to deny it.

Not surprisingly, industry embarked on a major push-back program, decrying the thousands of jobs it claims will disappear, and predicting a collapse of the North Island economy. No mention is made of the collapse of the sport and commercial fisheries which employed many more people and brought a lot more money into local communities than the foreign owned salmon farms ever have. Several North Island mayors also jumped on the bandwagon, complaining the government never consulted them in its decision to shut down the farms (ironically, First Nations experienced this lack of consultation for years, as permits were unilaterally issued to allow the farms into their traditional waters and threatening their way of life).

Given the decades-long highly public struggle to remove the farms, it was a bit much to hear these complaints. The writing has been on the wall for a long time that sooner or later industry was going to have to change. For them to be acting now as though they are surprised and left out is somewhat disingenuous, to say the least. They’ve had years to help find ways to smoothly change their practices, but instead there’s been nothing but denial, obfuscation and resistance. Meanwhile in other places around the world there are big investments being made in developing successful land-based salmon farms. The longer BC resists joining this movement the more our salmon industry will be left behind.

Unfortunately Minister Jordan was defeated in her Nova Scotia riding in the recent federal election. PM Trudeau has appointed Joyce Murray, Liberal MP from Vancouver Quadra since 2008, as his new Fisheries Minister. In recent months industry has again been applying for new permits to open yet another wave of farms, perplexingly in the same area they’re being phased out. The intransigence and arrogance of this industry seems to know no bounds! All eyes are now on Minister Murray, and hopes are high that this west coast MP will uphold the decision of her predecessor and not cave in to the pressures of industry and its lobbyists. Hopes are also high that farm removal will spread to all areas of the BC coast, and our fabulous wild fish will be free to recover from decades of the farms’ toxic and pathogenic assault.

Meanwhile our local MP, Rachel Blaney (NDP), has said she wants to take a reasonable and practical approach, seeking to bring all parties together to work out a transition plan for the farm workers and communities to minimize job loss and disruption. It is a challenge, but it is necessary and doable if all concerned finally decide to work together. Whether or not the NDP’s efforts will bear any fruit remains to be seen, especially given their lacklustre record on standing firm on environmental issues.

This farm industry is powerful, and has been highly successful in controlling government policies in their favour. Reversal of the decision to remove these farms, or the approval of new ones, would be a tragedy for our wild fish and the entire coastal ecosystem that depends on their survival.  Failure to follow through with this decision would continue the practice of ignoring Indigenous rights to protect and harvest wild salmon for food, cultural and spiritual purposes — once again demonstrating government’s indifference to truly engaging in reconciliation and enacting the articles of the United Nations Declaration on the Rights of Indigenous Peoples. And it would continue to erode both the sport and commercial wild fisheries (which combined once provided many more jobs than salmon farms ever have).

Anyone who is concerned about this issue is encouraged to write Joyce Murray, Minister of Fisheries, Oceans and the Canadian Coast Guard, to encourage her to uphold ex-Minister Jordan’s decision to remove the fish farms. joyce.murray@parl.gc.ca