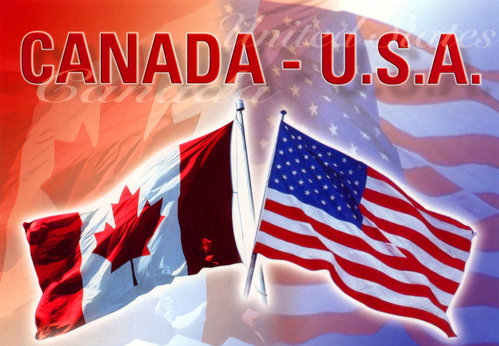 During early July, I visited my mother in Des Moines, Iowa. I was raised and spent most of my life in the USA, so I am familiar with the States’ mania for all things red, white, ‘n blue. Still, in taking my morning walks, I was struck anew by what I think of as the frenetic patriotism that grips the States, especially around July 4.

I saw US flags attached to garages and on flagpoles, flags painted on mailboxes, and a red, white, ‘n blue whirligig prominently displayed in a well-tended flower garden. Following my walk, I stopped into the local grocery store for a Starbucks and was treated to various small red, white, ‘n blue displays around bakery department cakes (also sporting unappetizing patriotic colours), organic food displays with small, desk-sized flags bracketed between strategic mounds of gourmet cheese, and rows of small red, white, ‘n blue flags atop each door in the freezer section.

All this over-sell reeks of superficiality, a crass and shallow single-minded devotion to the image of American exceptionalism, an image that seriously underplays America the global bully, the land of the racist, and the home of the fanatic.

Having grown up in this environment, when I came to Canada I thought Canadians shy about expressing their patriotism. Gradually, though, I learned Canada was a country proud of its peacekeepers, a country attached to pluralism and a heartfelt generosity. A country in which hijab-clad women can sport the red maple leaf tattooed on their faces on July 1. A country of politicians who, when confronted by 22 Minutes’ cameras in Ottawa, allow themselves to be the butt of satirical humour. A country that builds the Trans-Canada Trail through some of the north’s most gorgeously diverse landscape and invites hikers to set off walking.

Canada’s red and white shows its true colours in a mature, understated fashion that demonstrates just how genuine patriotism can be, in stark contrast to its southern neighbour.