Brenda Sayers, Financial Administrator of Haahuupayak School, champion against ratification of the Canada-China Foreign Investment Promotion and Protection Agreement (FIPA), and former director of Director of the Nuu-chah-nulth Tribal Council, said the Greens are quickly gaining momentum across Vancouver Island.

“Green Party support is growing on the Island, in B.C., and across the country,” said Ms. Sayers. “We have won before and we will win again.”

“Canadians need to get out and vote on Monday, October 19,” continued Mrs. Sayers, “I encourage all residents in the North Island-Powell River riding to get out, bring a friend, and vote Green.”

The Green Island bus has arrived! 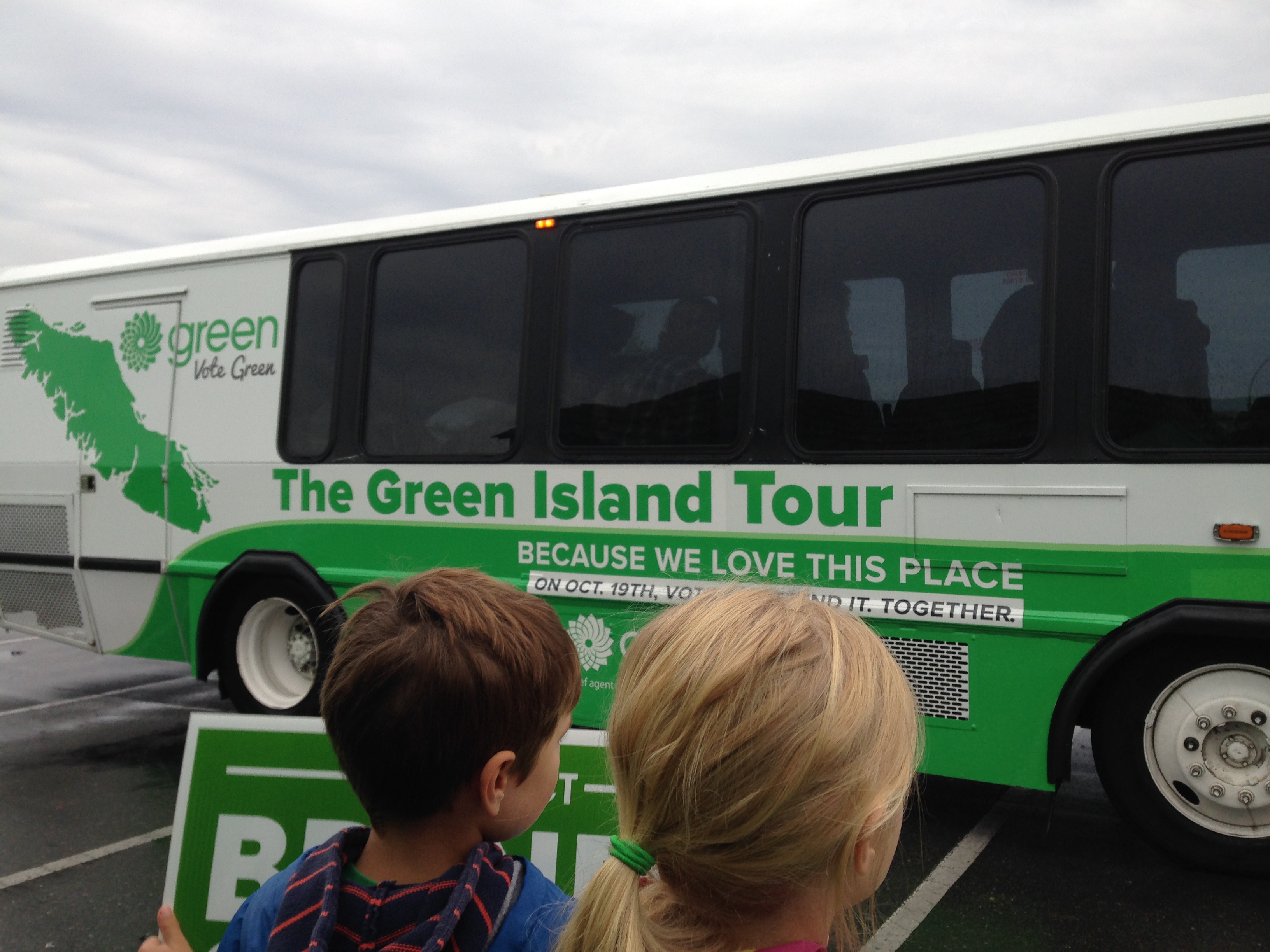 Elizabeth May arriving in Campbell River! 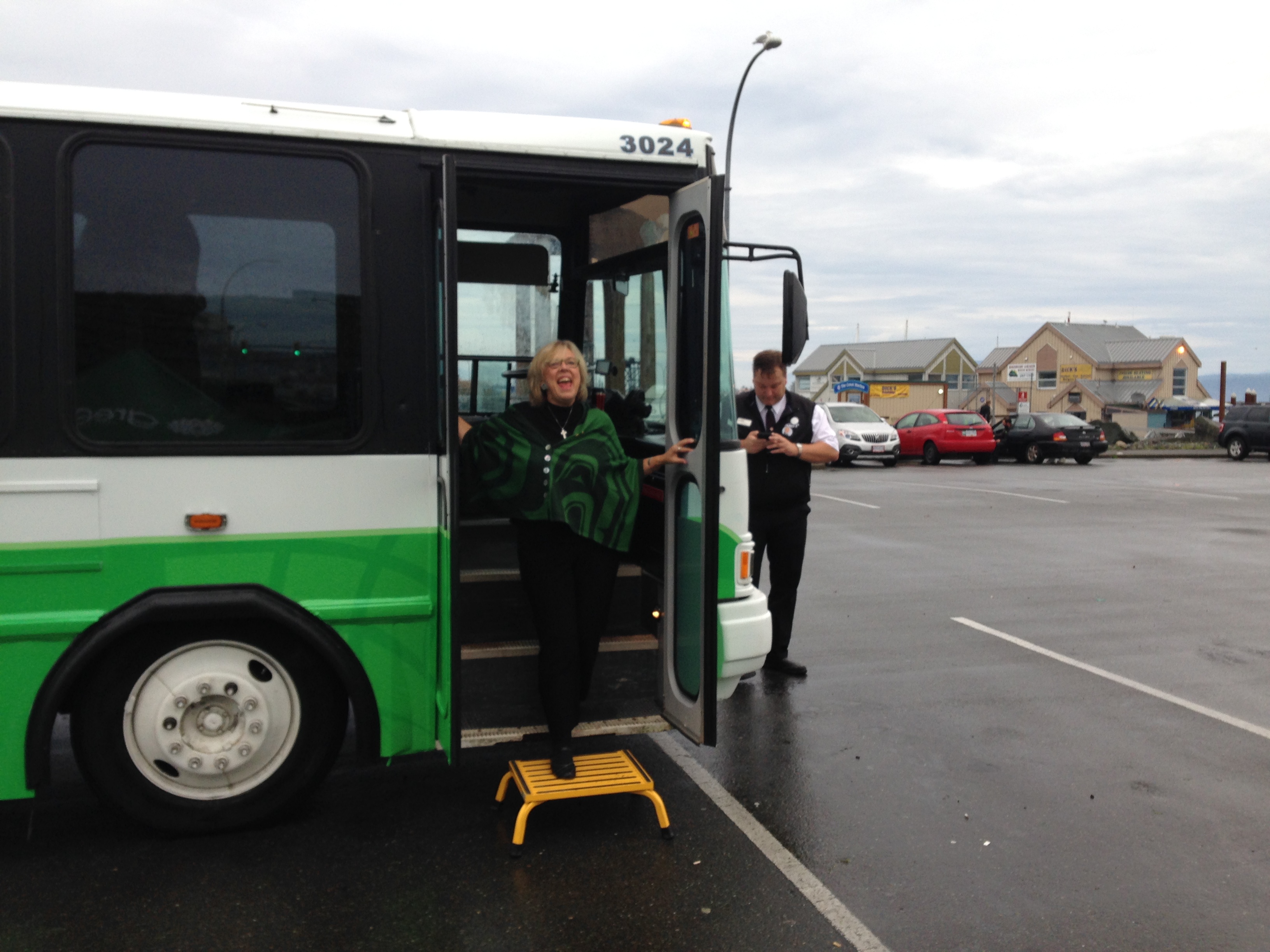 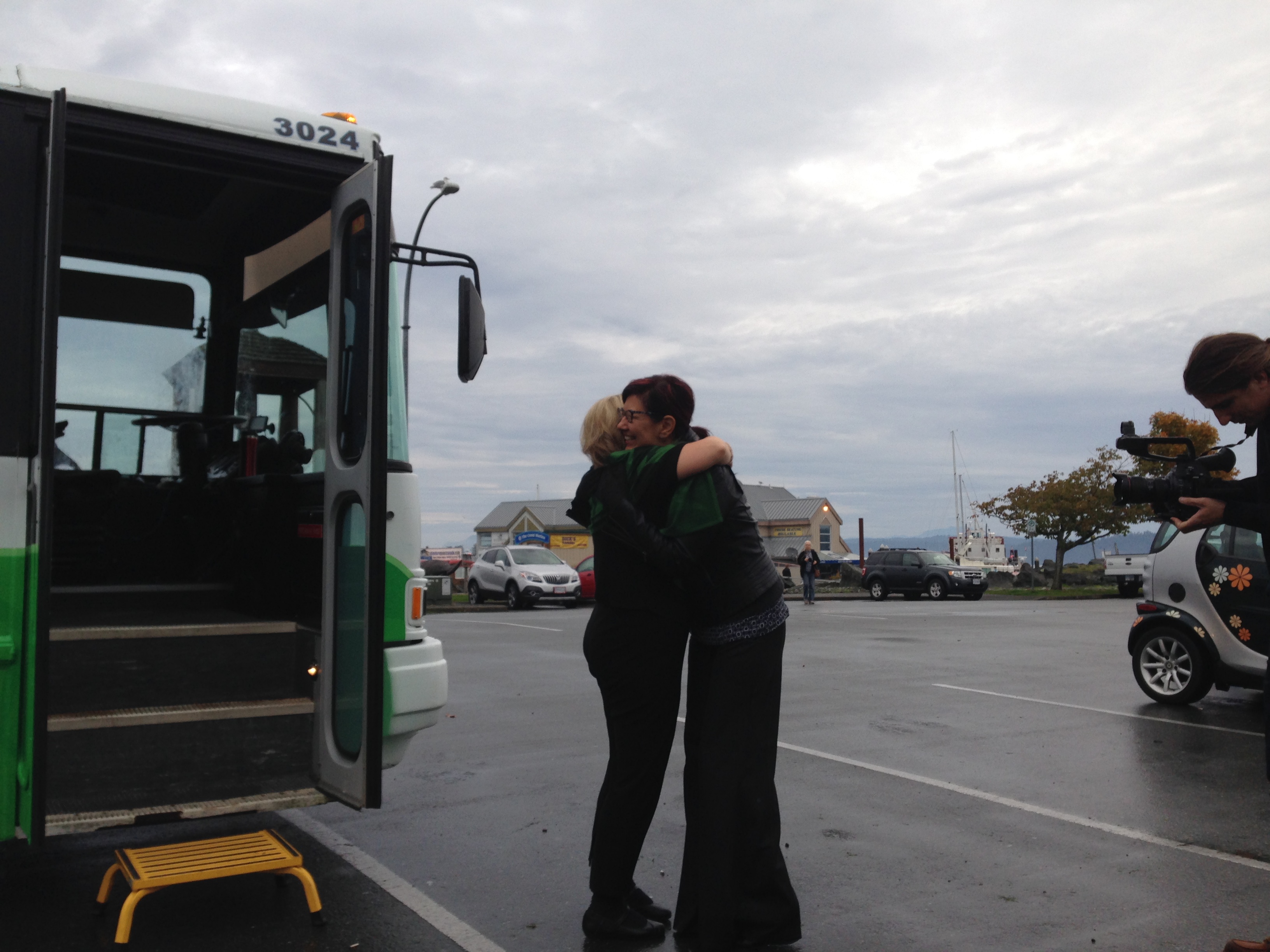 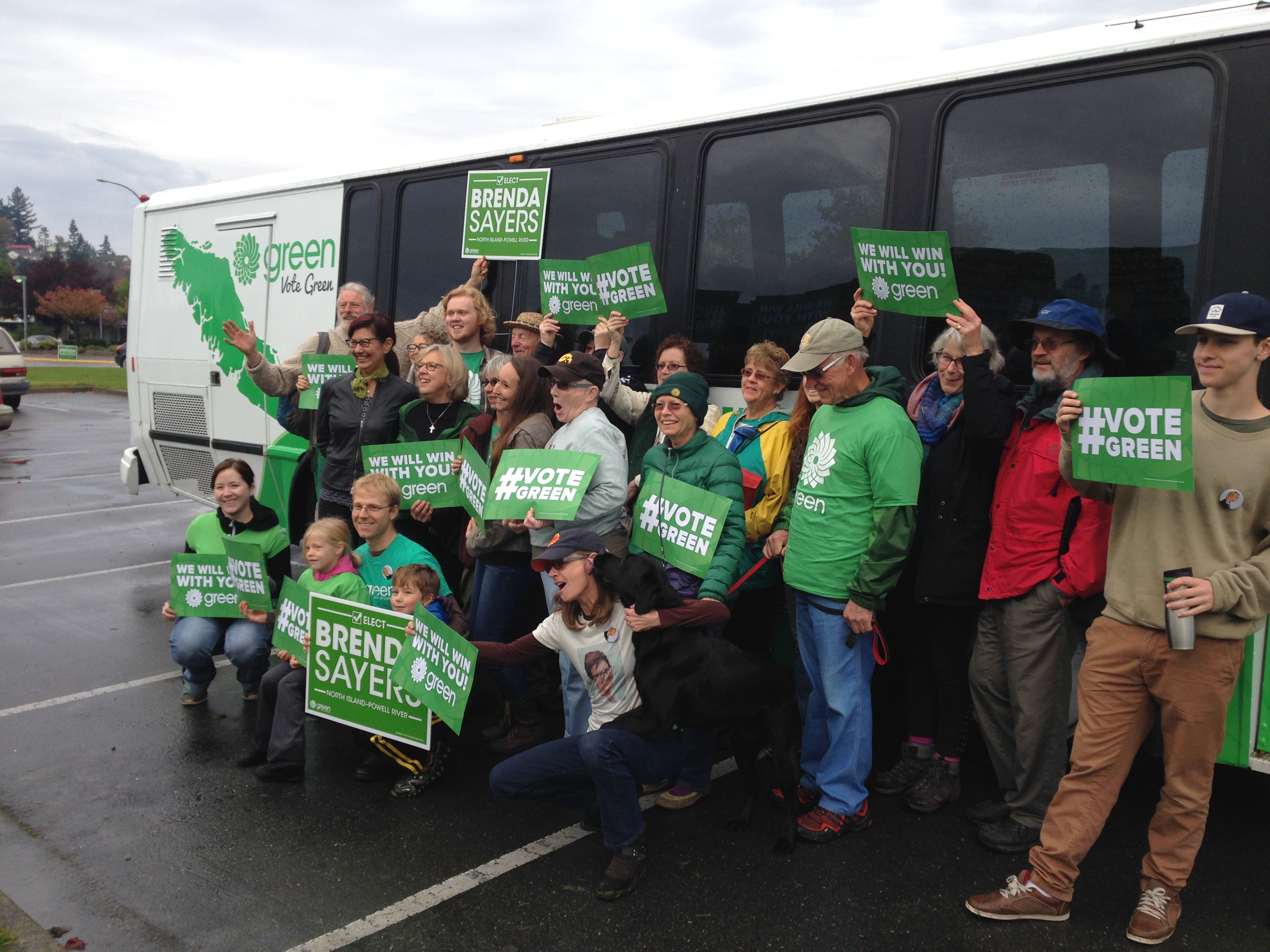 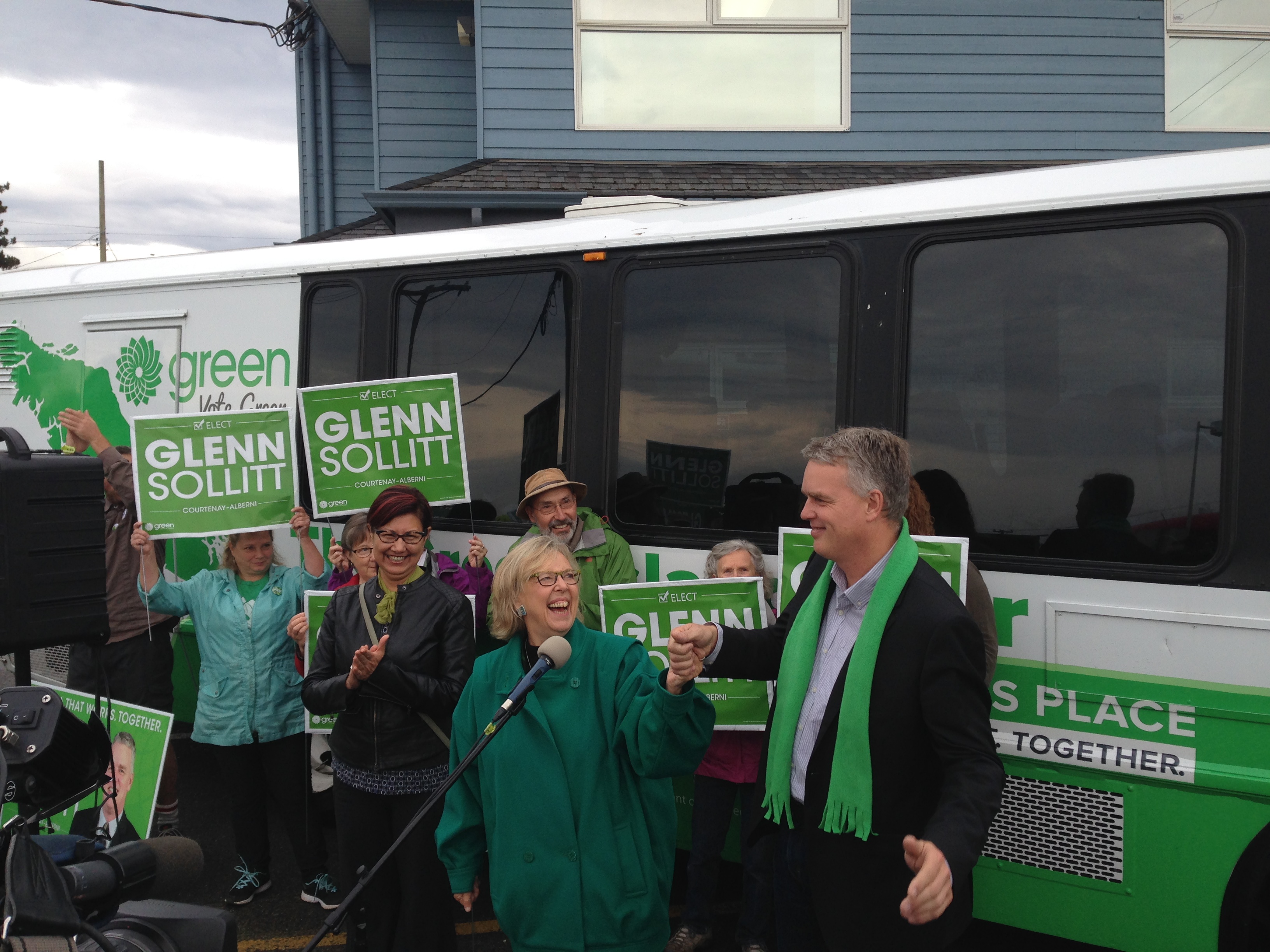 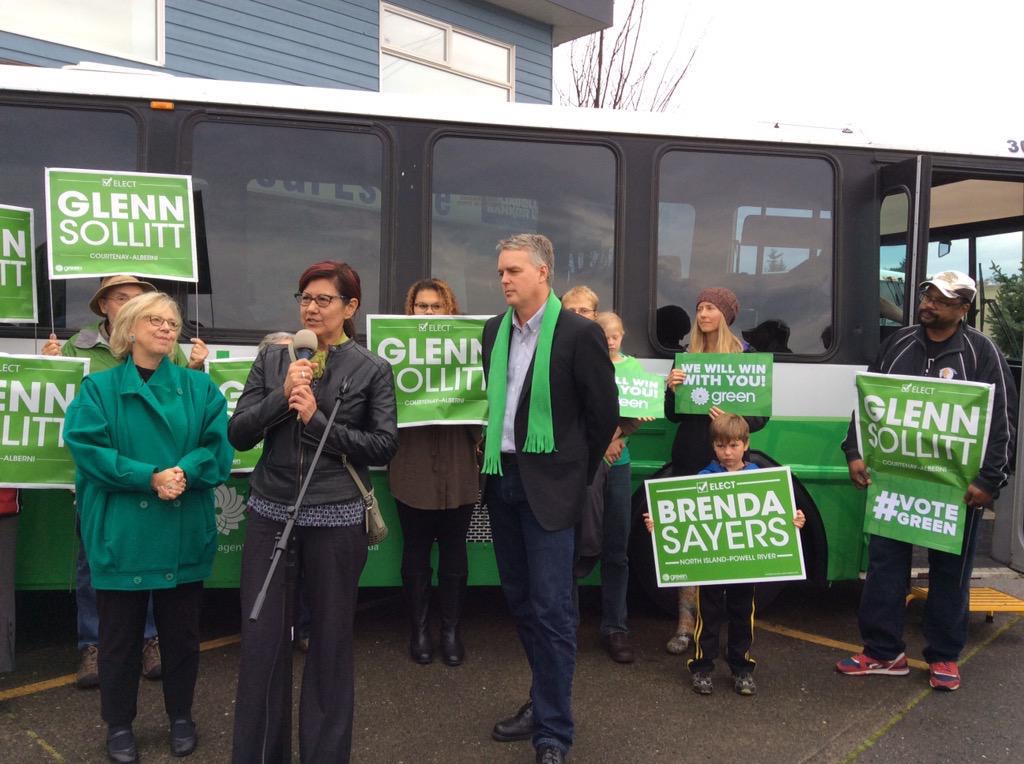