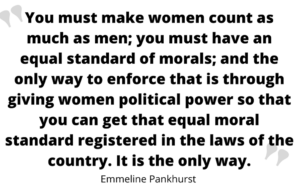 When I decide how much money I can float to various causes and charities in a given year, I remind myself that money spent in support of political parties and ethical politicians are what I need to fund even before I float monies to charities. Why?

Because political parties and ethical politicians are capable of making lasting change, at least between elections, while charities, however valiantly, band-aid the decisions made by privileged, self-centred parties and politicians in the pockets of corporations.

The trick, of course, is knowing which parties and which politicians will have the political will, savvy, and ethical fortitude to keep their promises, party whipping aside, once they leave the election soapbox and enter Parliament or the Legislature. On the one hand, our current sunny-days Prime Minister proved himself to be less than reliable as he immediately failed to institute electoral reform, a promise he made hundreds of times from his election soapbox. And, then, over a space of five years, that same Prime Minister has faced three separate ethical crises.

On the other hand, our current BC Premier, according to a simple tally of election promises versus action, has kept three-quarters of his election soapbox promises to one degree or another. You’d think that track record would have voters cheering him on to the next election. But, while the Premier has supported workers and worker initiatives from the NDP’s usual playbook, he has done so at the expense of the environment and lost the support of many NDP faithful who have steadfastly promoted the NDP as a party as much about the environment as about jobs. Think Site C; think fracking and the 18 LNG terminals planned for BC locations; think logging, especially of old growth.

So, Trudeau and the Liberals are facing a confidence vote after the post-prorogue throne speech which may lead to a possible early election, while Horgan and the NDP may be surprised come next year’s election by the amount of discontent in their ranks and in the general electorate. I admit that I don’t have a crystal ball or a star-chart any more than the federal Liberals or the provincial NDP have regarding the near and distant political future. 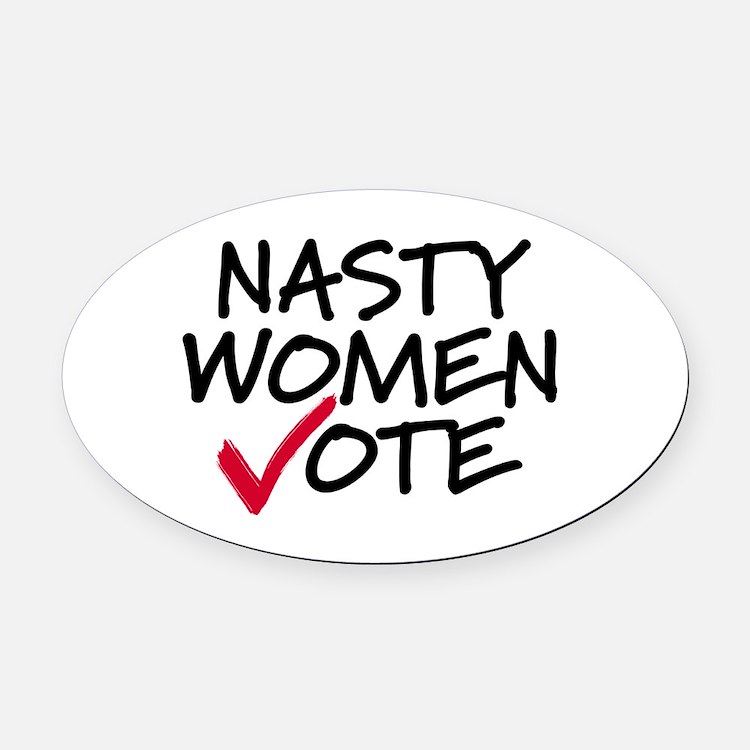 This is not identity politics; it is an ideology. I want women to vote for women because they are women, at least those who place a premium on women’s matters. This is no different than an environmentalist voting Green, a union activist voting NDP, a humanist voting Liberal, or a fiscal traditionalist voting Conservative. In fact, women of all persuasions can join me in the women’s big tent.

Think about it. Aren’t you tired of your healthcare needs being ignored by medical researchers, of being penalized for choosing family over career, of frantically looking for safe, affordable, accessible childcare, of getting paid less than a man for comparable work, of having a male man-splain your ideas, of experiencing sexual harassment or even sexual assault that’s your fault because you were where you shouldn’t be, you were dressed as you shouldn’t be, and you couldn’t keep your legs crossed tightly enough?

Aren’t you tired of having your mother, your daughter, your best friend, your niece, and your granddaughter experience lives that are less than the other (not even) 50 percent of the world?

Whether you’re voting in a party’s leadership contest or in municipal, federal, or provincial elections, join with me to make sure that diverse voices are among the decision makers because, as Annamie Paul, another GPC leadership candidate recently said, “It’s much less likely [the disenfranchised] will be forgotten if they are at the table.”

And since, as Ashley Jardina, an assistant professor of political science at Duke University says, “People vote in line with their salient group identities because that helps them figure out which policies are going to benefit them as individuals,” I call on women to make women our salient group.

NOTE: If you Google “Sisters United” you will get many hits (and images) but they all pertain to empowering women. Here’s one site that relates specifically to getting women to vote at all. This site sells jewelry, including a Sisters Unite! enamel pin. They also have a Take Courage enamel pin from their Votes for Women Collection. 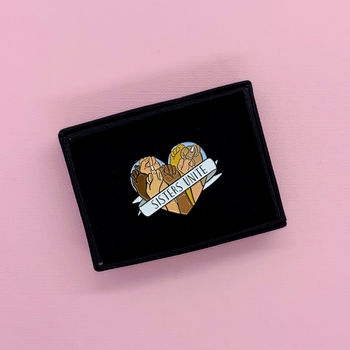