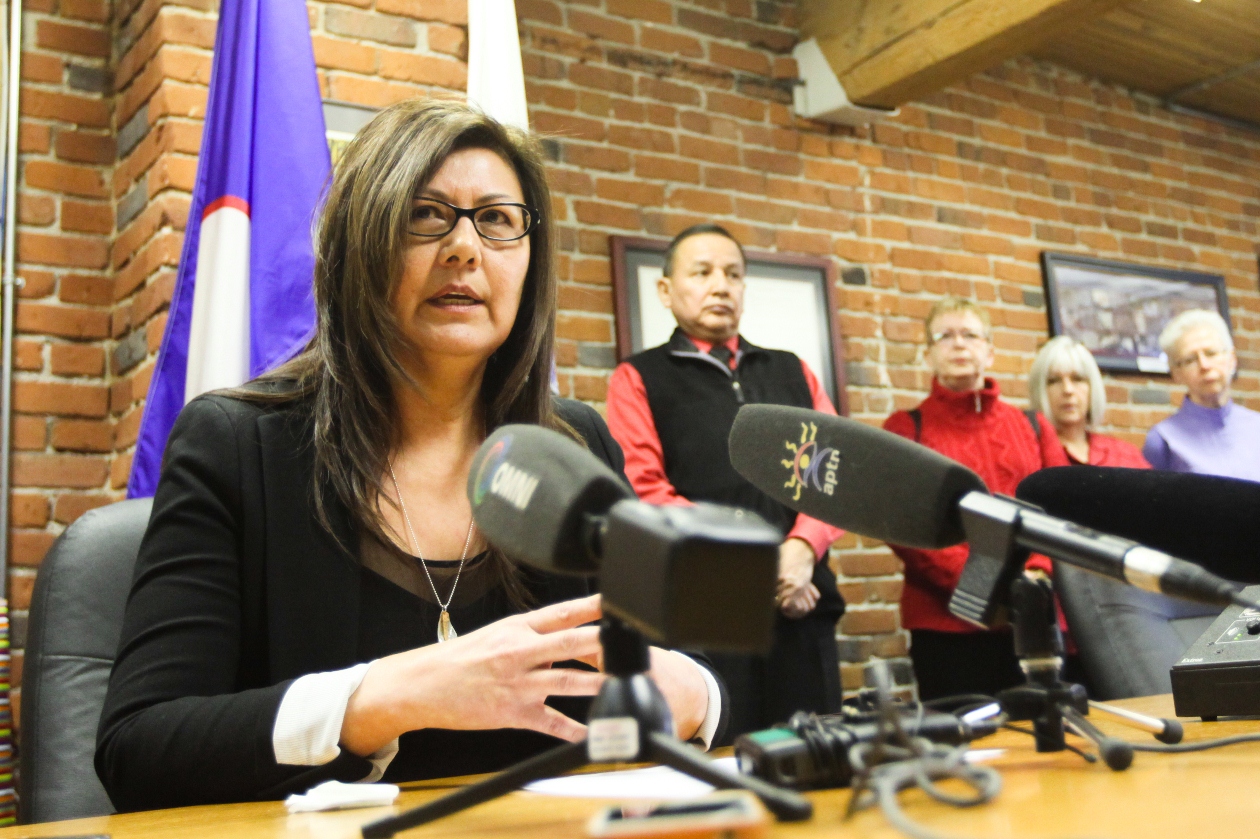 (Comox, Tuesday, May 26, 2015). The local Riding Association and Elizabeth May, Leader of The Green Party of Canada recently introduced their candidate for North Island Powell River. “We need to see a real change in Ottawa; a change that is people-driven,” stated the newly named candidate, Brenda Sayers.

The announcement on Sunday was made at the joint Federal/Provincial Green Party rally in Nanaimo and live-streamed across Canada. The Party has now finalized the line-up of All Star candidates for the seven Vancouver Island ridings.

As a proud member of the Hupacasath First Nation, Brenda Sayers fought the ratification of the Canada-China Foreign Investment Promotion and Protection Agreement (FIPA) for the past two-and-a-half years on behalf of her community and of all people of Canada. This experience has given Brenda the determination and drive to continue working for Canadians’ rights and liberty.

Brenda will be joined by Elizabeth May for her Campaign Launch at the K’omoks Big Hall (3330 Comox Road) on Friday, June 5th at 6pm.

With the Green Party polling at record levels on Vancouver Island, political pundits are keeping a close eye on the region in the lead-up to the 2015 Federal election.

FMI or to arrange an interview: