Greens Pledge to renew relationship with indigenous peoples of Canada 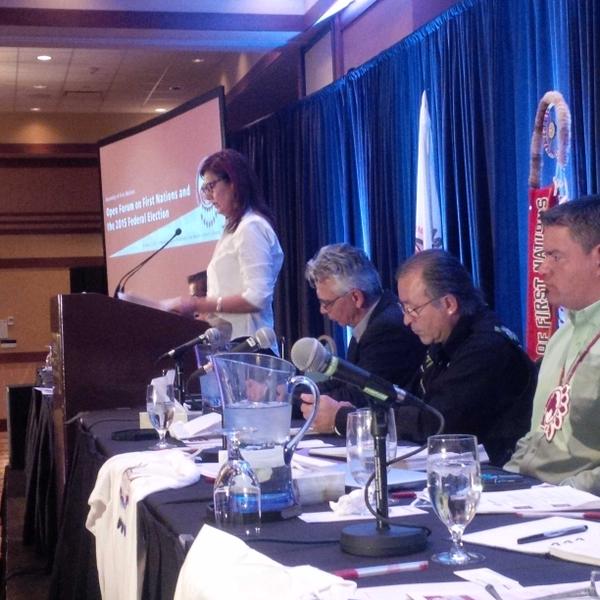 Greens Pledge to renew relationship with indigenous peoples of Canada

“I chose to run for the Green Party because our values and principles so closely align with my own as a First Nations woman,” Ms. Sayers said. “Elizabeth May has always spoken with us, and represented us in Ottawa with integrity, respect and truth.”

The Green Party plan has been recognized by AFN National Chief Perry Bellegarde for aligning with Closing the Gap, and includes:

For more information or to arrange an interview, contact:

“I am proud to stand as a Green Party candidate because of our leader’s unwavering commitment to aboriginal rights and title, defending the coastline, healing the planet, and the protecting the health and well-being of our people.”

Elizabeth May, leader of the Green Party of Canada (Saanich – Gulf Islands):

“The Green Party welcomes First Nations, Métis, and Inuit leaders to work in partnership with federal, provincial-territorial, and municipal leaders on our proposed Council of Canadian Governments,” Ms. May said. “As partners at the table, Indigenous leaders will decide how best to allocate financial resources within their communities, whether it be in healthcare, housing, or working to develop a responsible resource development strategy that meets the needs of Indigenous peoples.”