Open Letter to Catherine McKenna re BC Ferries

Opportunities for a green infrastructure investment in BC Ferries

The Honourable Catherine McKenna
Minister of Infrastructure and Communities

Re: Opportunities for a green infrastructure investment in BC Ferries.

I have read your Prime Minister’s Mandate Letter of December 13, 2019. I noted with interest that the letter contains the request that “your focus must be on the successful, timely delivery of our growth-generating investments in public transit, green infrastructure…” I am writing you to suggest an investment in that would pay great returns in our country’s attack on climate change.

BC Ferries is a company contracted by our Provincial Government to provide ferry service to coastal communities. Operating 25 routes with 47 terminals, BC Ferries has embarked on a program to reduce the environmental impact of its fleet. The newest four ships to be added will be diesel-electrics that are capable of being totally electric powered. At this time shore power to charge these vessels has not yet been built. Once these facilities have been built, they will take advantage of our Province’s ample renewable hydro-electric generated power.

An investment by our government in shore power facilities would be within your mandate. 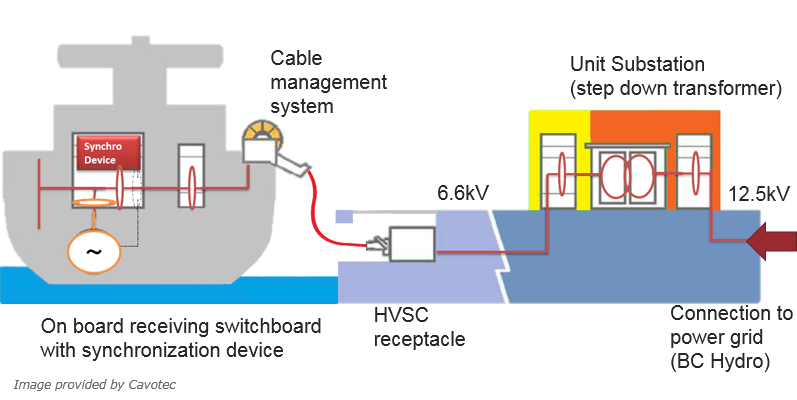 Historically the federal government has invested in transit facilities and equipment including electric transit buses. BC Ferries is an important part of passenger transit in our coastal communities as transit-ferry connections are being developed in their system. Historically BC Ferries has concentrated on moving motor vehicles, not people. A shift to more passenger traffic facilitated by transit connections will increase the efficiency and reduce the carbon footprint of intercity travel.

An important feature of these investments could be charging facilities for battery electric transit buses and cars. The result would produce a series of multimodal charging stations throughout our coast that would spur the adoption of a zero emissions transportation in our province.

Thank you for your consideration