Greens Advocate for Elimination of Poverty 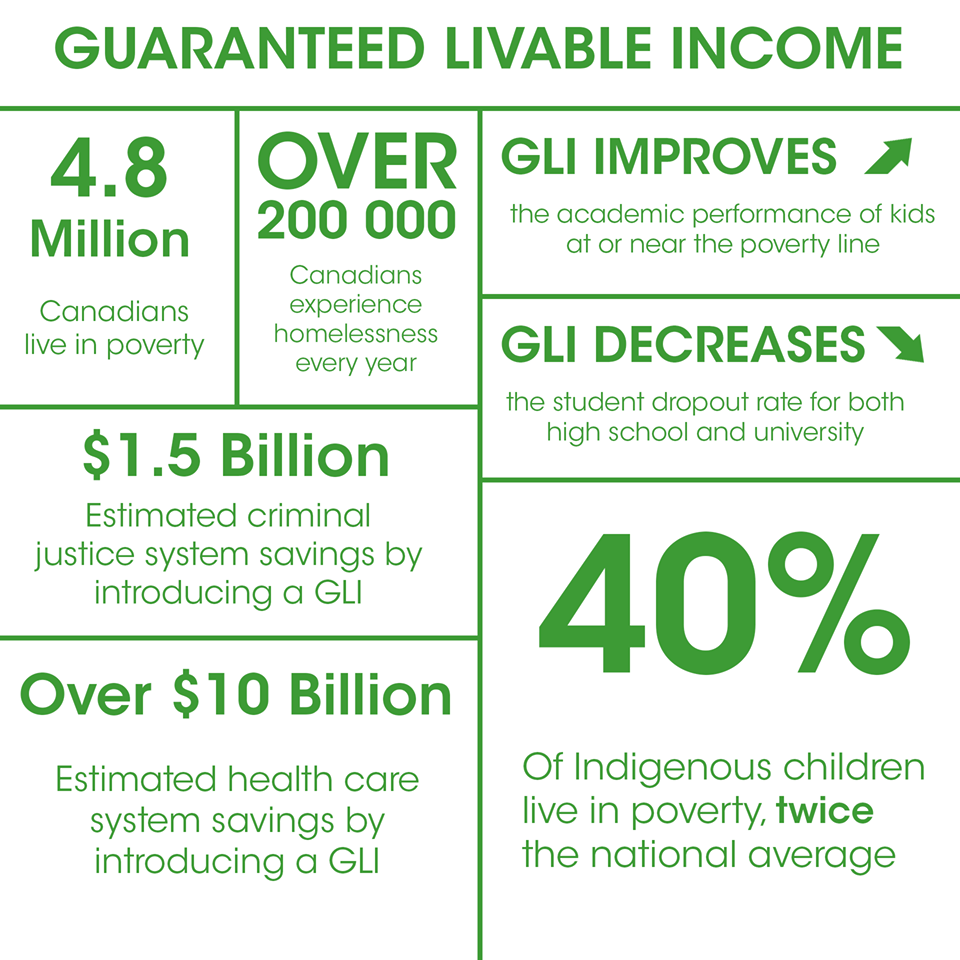 Elizabeth May, Leader of the Green Party of Canada and MP (Saanich – Gulf Islands) today released the Green Party’s plan to make a Guaranteed Livable Income (GLI) a reality for all Canadians.

“We believe that a Guaranteed Livable Income plan will help the steadily increasing numbers of people trapped in the low-wage economy and especially Canadian youth, who struggle to survive with part-time employment,” said Ms. May.

Mary Lou Babineau, Green Party Labour and Employment Critic and candidate (Fredericton), added: “In a country as wealthy as Canada, people should not be living in poverty; yet many do, especially here in New Brunswick as a result of high unemployment rates, recent reductions in EI benefits and cuts to social programs. The GLI will ensure that poverty is eliminated in our communities and that everyone – seniors, those unable to find permanent work, and people living with disabilities – can live secure and stable lives.”

“Poverty has costly impacts on many of our taxpayer’s services including health care, mental health crisis response, policing and the courts. We must be serious in ending poverty,” said David Weber, Green Party Poverty Elimination Critic and candidate (Kitchener South – Hespeler).

Elizabeth May concluded, “GLI is about more than reducing poverty – it will reduce the crime rate, improve educational opportunities, and increase access to healthcare, to name a few benefits to Canadians. A Guaranteed Livable Income makes sense for all Canadians and will save billions of dollars.”