The BC provincial election in the spring of 2017 was a watershed moment. 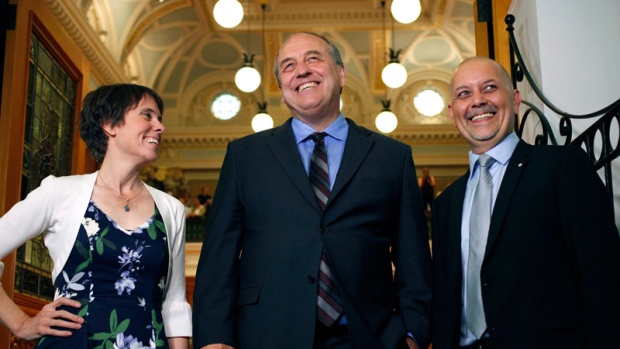 Three Green Party candidates were elected.  After the NDP succeeded in its courtship dance with the Greens, an agreement was signed. The Greens and NDP agreed to work together in order to form a stable provincial government.

And therein lies the rub.

See, the Green Party is standing at the edge of a precipice. With a bit of organization and a bit of will and a few astute candidates, it’s very possible that, within the next several provincial elections (and possibly the next few federal ones), Greens may elect a significant number of members to parliament, so significant that the party may actually be the opposition party (and then, who knows, the governing party).

But being in opposition or even governing requires a different set of skills than working at the grassroots level. On the one hand, when the good folks on Denman Island clean up Baynes Sound of the plethora of plastic deposited in it by certain portions of the shellfish industry, they take grassroots action. On the other hand, a governing party may work to pass legislation that requires the shellfish industry (in consultation) to clean up after itself as part of gaining licensing approval for its operations.

So, while grassroots’ actions and movements are the fodder that births a political party, movements and parties are two different animals with two different agendas. The two may eventually find themselves looking at each other across quite a divide.

We are a party that currently has a politically rich opportunity. Can we preserve our grassroots while building a functional political party?

What Do You Think?

How do you see a reconciliation of movement and political party happening? Do you know how other Green parties/movements elsewhere are merging these modes? Place your comments on the website to start a conversation.