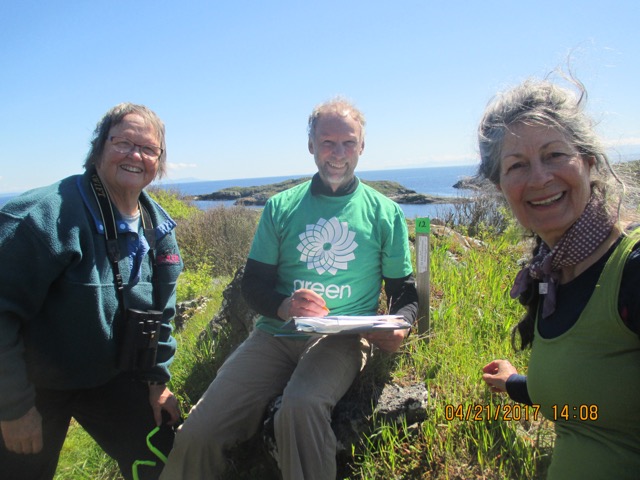 Green Party members Mark de Bruijn and Carol Thatcher, with friends Elizabeth Karunaratne and Chris Farah, spent Earth Day as part of the week of April 16-23 as volunteer stewards on Mitlenatch Island in the middle of the Salish Sea.

This little island oasis is a Provincial Nature Park, home to BC’s largest garter snakes, as well as many of BC’s endangered plant species. In late winter-early spring, large numbers of seals and sea lions congregate on its many rocks and cliffs. As one of our largest breeding grounds of the glaucous winged gull and two species of cormorants, it is also an internationally designated Important Bird Area. The rich waters surrounding it comprise a large Rockfish Conservation Area.

Every week from April to September small teams of volunteers take turns spending a week on the island acting as stewards. The only human presence, apart from the volunteer stewards, is the occasional day visitor arriving by boat. To safeguard the plants and breeding birds, most of the island is strictly out of bounds to everyone.

Our role as stewards is to ensure that visitors understand the special and protected nature of the place. We also participate in a number of scientific studies and help remove various invasive plant species such as sedum and Himalayan blackberries.

Mitlenatch was a magical place indeed to be on Earth Day, as we joined with many others around the world who in their own ways were demonstrating their love for our planet. 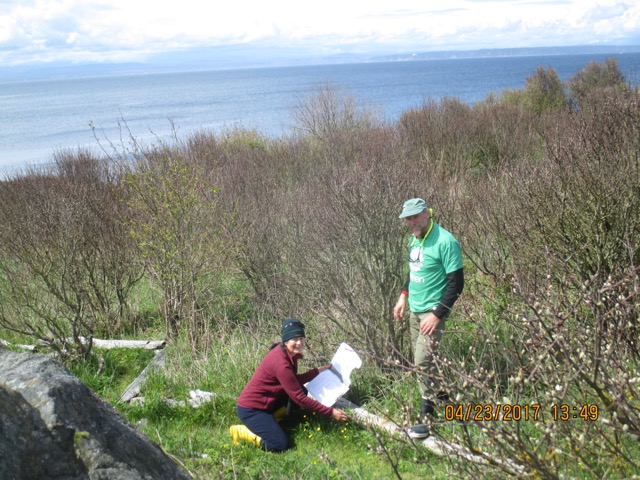 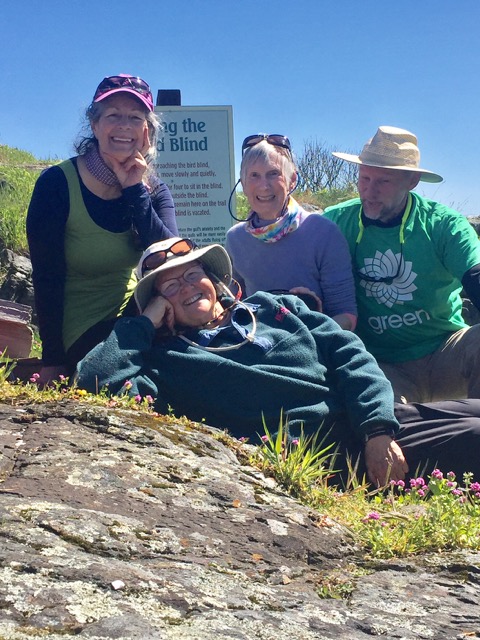