Have Your Say About Did You Know… 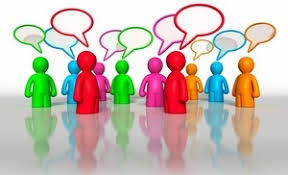 Part 1: Watch this and this. These are young people talking about the BC referendum, which is great. And this one is the second episode done by Shaw, with Sonia Furstenau. It’s a very good overview.

Part 2: Look at who is opposing electoral reform and what interests they are trying to protect before accepting their arguments. Read more.
Excerpt: “Knowing that … “false majorities” would not be possible under a proportional electoral system creates a huge disincentive for governments to reform the electoral system. In a system that is typically dominated by two major parties, both may prefer taking turns wielding unbridled power based on false majorities over the alternative of sharing power and co-operating with other parties on an ongoing basis.”

Part 3: Watch this debate on proportional representation. Nathan Cullen is much more adept at discussing PR than his opponent, MLA Mike Morris, whose main argument seems to be that it’s unconstitutional. There were over 100 people in the audience, which is encouraging.

Part 4: Fair Vote Comox Valley was at the Comox Valley Pride Picnic in the Park event July 28. It was great to see so many other community groups supporting the LGBTQ2 community.

Why have democratic governments failed to take serious steps to reduce carbon emissions despite dire warnings and compelling evidence of the profound and growing threat posed by global warming?

Most of the writing on global warming is by scientists, academics, environmentalists, and journalists. Kevin Taft, a former leader of the opposition in Alberta, brings a fresh perspective through the insight he gained as an elected politician who had an insider’s eyewitness view of the role of the oil industry. His answer, in brief: The oil industry has captured key democratic institutions in both Alberta and Ottawa.

Taft begins his book with a perceptive observer’s account of a recent court case in Ottawa which laid bare the tactics and techniques of the industry, its insiders and lobbyists. He casts dramatic new light on exactly how corporate lobbyists, politicians, bureaucrats, universities, and other organizations are working together to pursue the oil industry’s agenda.

He offers a brisk tour of the recent work of scholars who have developed the concepts of the deep state and institutional capture to understand how one rich industry can override the public interest.

Taft views global warming and weakened democracy as two symptoms of the same problem — the loss of democratic institutions to corporate influence and control. He sees citizen engagement and direct action by the public as the only response that can unravel big oil’s deep state.

It appears that a governing meme for the GPC (still at the discussion stage) in the coming election may be “Time to tell the truth” — the truth about why governments continue to undermine and sabotage so many of the things that many Canadians would like to see them achieve, and that would lead to a more sustainable and hopeful future. For example, climate change consistently shows up in poll after poll as one of the #1 concerns among Canadians, yet climate targets are a constantly moving game, with new targets announced almost yearly, and with every change in government. None of these targets have even come close to being met, and the likelihood of this ever happening is more remote than ever.

You can see Kevin speak in person at one of a series of venues various Green Party EDAs are lining up for him in September, including Vancouver, North Vancouver, Salt Spring and Victoria from September 9th through the 13th. Stay tuned for details. It’s all part of the lead-up to our National Convention at the end of that month.

Watch this video of Taft talking about his main ideas.

Part 3: Expert witness in Site C injunction case warns of project delays. The court case against BC, Canada and BC Hydro is arguing that Site C is an infringement of Treaty 8; the case began on July 23 in Vancouver.  Read more.

Part 4: Legal costs are mounting. You can donate here to support this cause.

Part 2:  BTW, we could really use more signatures on Elizabeth May’s excellent petition opposing the $4.5 billion buyout: https://petitions.ourcommons.ca/en/Petition/Details?Petition=e-1722.  And this is one supporting the letter by 17 out of 21 members of the Prime Minister’s youth council: https://www.coastprotectors.ca/youth_council_to_trudeau_cancel_the_km_buyout

Part 4:  From 350.org: It’s official. The Trudeau government has confirmed it plans to finalize the deal to buy Kinder Morgan’s TransMountain project by September. It goes without saying that at a time when climate catastrophe is a lived reality, pouring billions of tax dollars into a dangerous fossil fuel project is absolutely in conflict with the direction we need to move. Up until now, we were fighting our government’s support for the fossil fuel industry. From this point on, we’re up against a government that has become a fossil fuel company. We know that people power is prepared to rise to this new challenge. On September 8th, we have the opportunity to join thousands of communities across the world to set the bar for real climate leadership. Interested in learning more? Register for the webinar on Wednesday August 8th at 4:00 PM (PST)/5:00 PM (MST)/6:00 PM (CST)/7:00 PM (EST). 8:00 PM (AST).

We already know that real climate leadership rises from the people up. We saw it these last few weeks when people from coast to coast to coast countered political silence by organizing their own town halls on the Kinder Morgan pipeline buyout, forcing MPs all across the country to answer to the people. We saw it again in the frontline fights against dangerous fossil fuel expansion, with community members in Manitoba raising the Spirit of the Buffalo Camp in opposition to the Line 3 pipeline and the Tiny Houses Warriors moving their fight directly onto the path of the Kinder Morgan pipeline on unceded Secwepemec territories in interior BC.

Excerpt: “The Dzawada’enuxw First Nation (DFN) from Kingcome Inlet, B.C. has filed a petition for a judicial review in the BC Supreme Court challenging the provincial government’s decision to allow recently expired tenures for salmon farms in the Broughton Archipelago region to continue to operate on a month-to-month basis.” Read more.

Register here. You must be a GPC member or volunteer to attend this webinar.

Check them out here. They are open to GPC members or volunteers.

This is an interesting article, looking at which ridings in the country lean Liberal, Conservative, NDP or Green. Of interest to Greens, of course, going into the 2019 election, is which ridings lean Green. Read more. 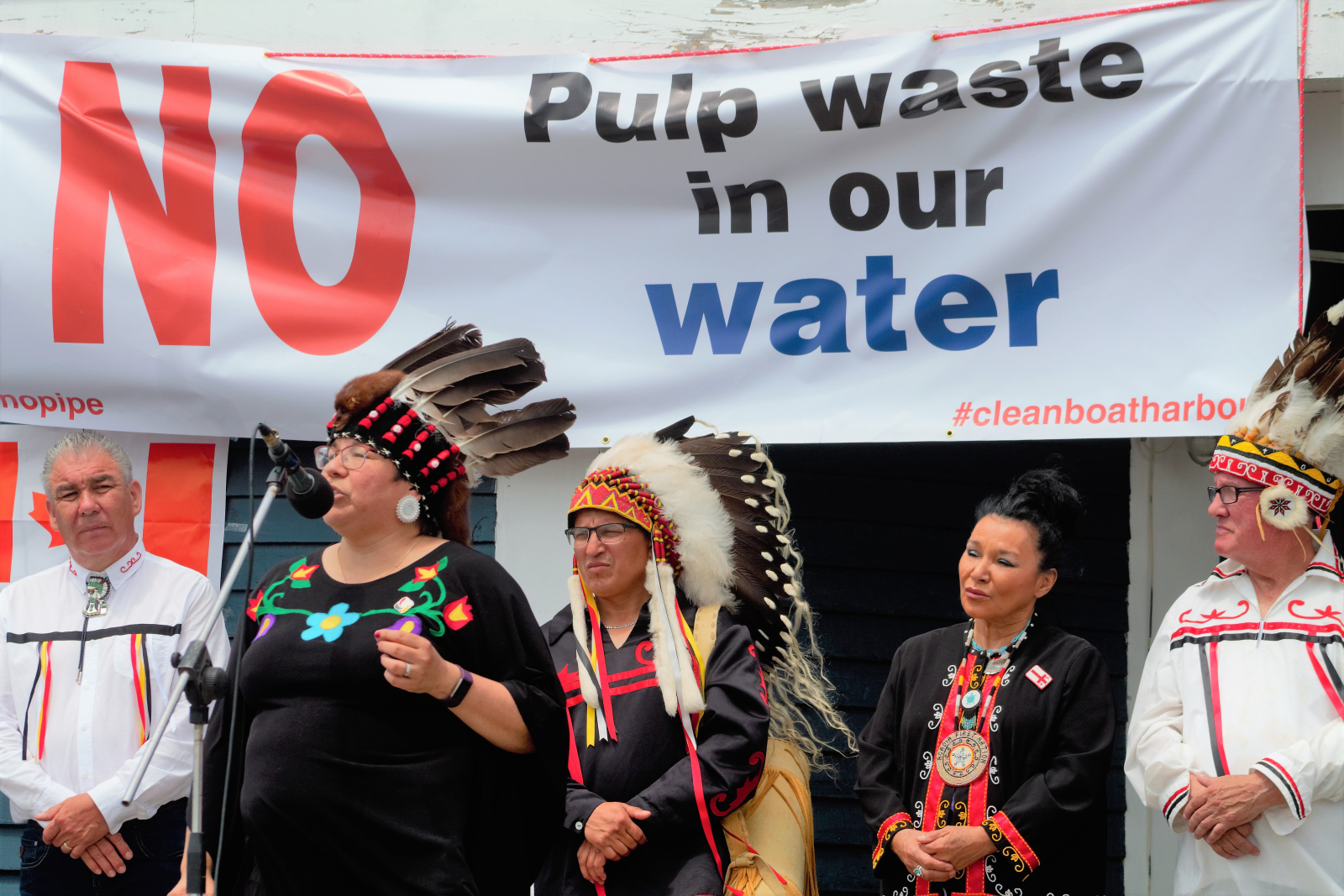 Excerpt: “When the United States threatened Ecuador with trade and aid restrictions if it did not withdraw a World Health Assembly breastfeeding promotion resolution that most people considered benign, if not banal, reactions ranged from shocked to amused. Experts explained that the U.S. resistance, although extreme, was nothing new. The United States previously demonstrated its allegiance to the formula industry by refusing to sign on to the World Health Organization’s Ban on the Marketing of Breast Milk Alternatives.” Read more.

Part 1: Excerpt: “Women are the backbone of the rural economy, especially in the developing world. Yet they receive only a fraction of the land, credit, inputs (such as improved seeds and fertilizers), agricultural training and information compared to men.”

Part 2: Excerpt: “Across Canada, women … increasingly make up a greater share of the nation’s farmers. This is most true in British Columbia, where in 2016 women comprised nearly 38 per cent of the agricultural workforce, up from 36.5 per cent in 2011.” Read more.

Part 3: Women Who Farm is a site for women who farm all over the globe. Check out their global map, where you can zoom in on any of the areas highlighted, including Vancouver Island. This is a very cool site.

Excerpt: “Women represent 47 per cent of business owners in Canada, but according to data from SheEO, a Toronto-based organization that supports women entrepreneurs, their companies receive only four per cent of available venture capital.” Read more.

Apolitical lists the 100 most influential people in gender equality around the world. The top 20 overall includes Prime Minister Justin Trudeau for his international advocacy for the equality of women and girls. The categories include academia, civil service, politics, non-governmental organizations, philanthropy, international organizations, and advocacy.

The women in politics 2017 map, created by the Inter-Parliamentary Union (IPU) and UN Women, depicts global rankings for women in the executive and parliamentary branches of government as of 1 January 2017. The map shows slow progress towards gender equality in these areas at regional and national levels.

Have you heard of the “illusory truth effect?” Donald Trump is, of course, the most egregious example of this in action, but we need to be vigilant. Read more. 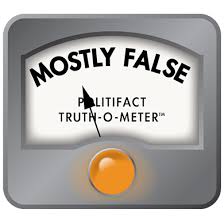 “You will get all you want in life, if you help enough other people get what they want.” (Zig Ziglar)