This article is an intriguing, philosophical take on why proportional representation is a more rational choice than first past the post.

What is the connection between astroturf and the PR referendum?

“Given the stakes involved, I’m not surprised to see the recent flurry of ill-founded fear-mongering by astroturf groups created by powerful businesspeople, backroom strategists and grumpy ex-politicians to spread confusion about the upcoming referendum on B.C.’s electoral system. Their efforts show just how important and urgent it is to switch to a more fair system.” Read more.

In case you’re still unclear about the astroturf connection, read this…and watch this video from 2008 where David Michaels talks about his book, “Doubt is Their Product.”

Join us in collaboration with the Vancouver Island Regional Library as they host an exciting new event. Drag Queen Story Hour will feature our favourite Drag Queen, the beautiful, Miss Vikki as she reads from her favourite picture books to our kids. This is the first one of its kind for the Pride Society of the Comox Valley in an effort to support gender diversity and literacy in a fun, inclusive environment.

Come in and enjoy your choice of a glass of wine or pint of beer with a Prime burger or house meatball pasta for only $20. With every burger/pasta meal $5 will be in support of the Pride Society of the Comox Valley.

This is the final event of Pride Week in the Comox Valley. We are hosting a family friendly, all-inclusive BBQ fundraiser. Come out and enjoy the entertainment and live music, community partner information booths, children’s bounce and activity tent and have a burger or hotdog.

Excerpt:  “With this campaign they’re targeting both the federal Liberals and provincial Liberals,” said Duff Conacher, co-founder of the Ottawa-based Democracy Watch. “They would want Ford in there because they know he would be pushing pipeline instead of windmill. Kevin Taft, the former leader of the Alberta Liberal Party from 2003 to 2008 and author of Oil’s Deep State, said the outcome of the provincial elections was going to have an impact on provincial climate change policies; had this election resulted in an NDP government like British Columbia’s, “that would cause more obstacles for the oil industry, [Taft] said.” “As we’re gearing up for 2019, one of the things that would concern us the most…how do we combat such strong advertising and how do we make sure people are educated enough to understand it? Because people take ads as truth.” Read more. 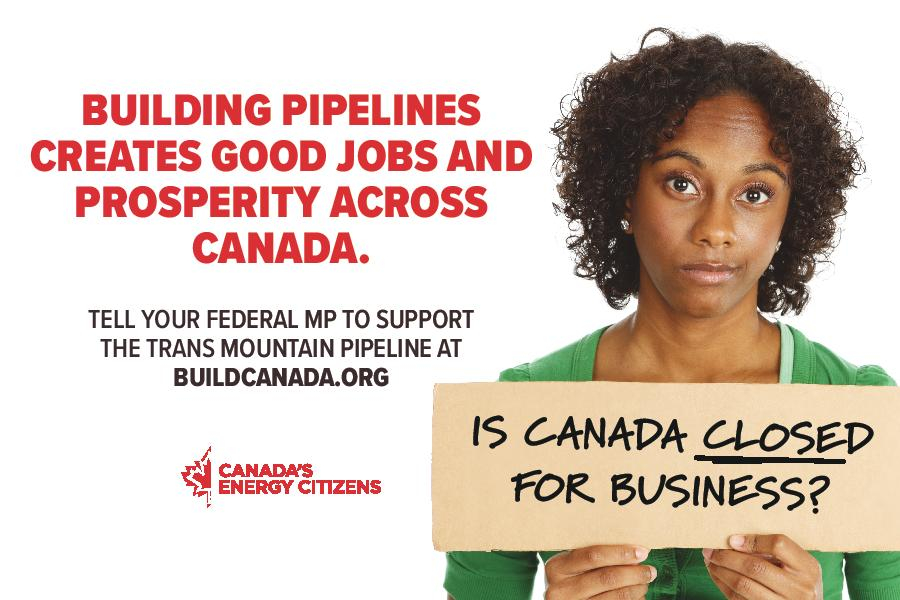 On the ALR: “Earlier this year, a national Senate report found that the country’s food supply could be at risk because farmland is being bought up by speculators, such as pension funds and foreign investors. This phenomenon is driving up prices, making farms unattainable for young farmers and threatening the viability of the family farm, across the country.”

On fish farms: “Fish farming is a contentious issue on the B.C. coast, but Popham says her ministry was involved in an ‘historic’ agreement just last week. A letter of understanding was signed by three B.C. ministries and three First Nations about fish farming in the Broughton Archipelago. The reason she calls it historic is because it commits the three ministries to work together with the First Nations to reach a consensus in the next 90 days, both about fish farms and about protecting wild salmon.” Read more.

The deceit that was the BC Liberals’ case for power

Excerpt: “Suffice to say that it will be a long time before the Liberals can, with a straight face, attempt to use “fiscal stewardship” as the reason to vote for them” Read more.

Kevin Taft, author of Oil’s Deep State, on important stories that are getting marginalized in the pipeline debate. Read more and see here for more of Taft’s pieces.

You can see Kevin speak in person at one of a series of venues we are lining up for him in September including Vancouver, North Vancouver, Salt Spring, Victoria and North Island from September 9th through the 13th. Stay tuned for details. It’s all part of the lead-up to our National Convention at the end of that month.

Challenge, mastery and making a contribution

That’s what motivates people. Having a “transcendent purpose” is the way to get better talent. “When the profit motive becomes unmoored from the purpose motive, bad things happen.” Starting with the first agricultural revolution, the profit motive has developed into the paramount economic paradigm to the extent that now we are in danger of destroying the very things that sustain human life on earth. At the same time, many humans feel they have no higher purpose to their lives. The ideas in this video apply equally to engaging volunteers as they do to engaging employees. As the Green Party of Canada, we are looking at an election next year. How can we provide a “transcendent purpose” to our volunteers, to engage them in the type of political engagement we saw in the Bernie Sanders campaign in 2016, and as we saw in Alexandria Ocasio-Cortez’s campaign.

If you’ve heard of the concept of deep canvassing, you’ll find this interesting. Excerpt: “Facts are not the opposite of lies. Indeed, to defeat lies, we may have to—temporarily, in a targeted way—give up on facts… What we need, first, is a way to unseat the lies—and whatever that winds up looking like, it’s going to mean swallowing your pride, asking the right questions, and listening to the answers. Look the zombie in the face, and then offer it your heart.” Read more.

A Canadian innovator on recycling plastics

“For every tonne of crude oil left in the ground in that process, he added, about two tonnes of climate-warming greenhouse gas emissions are spared…Our goal is to close the loop of plastic so we really can make it a reversible product and infinitely useable,” he explained. “I want to see a world where we’re more resource efficient; that’s my end goal, my global vision. Pyrowave is certainly part of the solution to this.” Read more. But what about the dangers of burning plastics?

In December, this blog had a link to a story about cities desperately trying to attract Amazon to open facilities there. An amazing part of that story was the conditions Amazon was putting forth to actually have input and perhaps veto power to determine municipal policies. This week’s story is looking at the correlation between Amazon and homelessness in Seattle. The fact that cities are willing to prostitute themselves for Amazon and throw their most vulnerable under the bus is absolutely ludicrous. It is capitalism run amok – a perfect example of the concept noted above about profit becoming unmoored from purpose. After protesters and activities packed Seattle city hall for a hearing on corporate taxation – an effort to have its corporate citizens carry some of the burden of the consequences of their presence, “city council voted unanimously for a $48 million tax on large businesses. But within days of the tax passing, Amazon, Starbucks and other corporations in Seattle were fighting to repeal it.” Seattle City Council acquiesced. In Vancouver, Amazon said it would provide 5000 jobs while the Vancouver Economic Commission touted that Vancouver had the “lowest wages of all North American tech hubs.” So where are all those 5000 low-wage employees in Vancouver supposed to live? It’s David and Goliath. Goliath, obviously, is Amazon and the other corporate giants for whom profit motive is everything, and David is everyone else.

In this SumOfUs video, protesters are gathering outside Amazon’s shareholders meeting, with #BezosNeedsABoss. Apparently Amazon advertises on Breitbart and shows NRA TV. Amazon really does seem to want to become a monstrous behemoth without taking any social responsibility.

Protecting women in Pakistan who make the world’s soccer balls

“Over 80% of the world’s high-quality hand-stitched footballs begin with the home-based work of female villagers in Pakistan’s Sialkot region. These women belong to one of the most vulnerable groups in the global economy. Working from home and poorly paid, they experience conditions familiar to those in precarious jobs in developing and developed countries alike.” Read more.

This article in The Tyee connects Ocasio-Cortez’s democratic socialism to Canadian political discourse. Perhaps this is a lesson for the Green Party in 2019 – we need to acknowledge that we’re running from the bottom. “Among her other tweets, one stated: “I’m not running from the ‘left.’ I’m running from the bottom. I’m running in fierce advocacy of working class Americans.” When Paul Krugman published a mostly laudatory blog post, calling her a “radical Democrat,” she replied: “The fact that my platform is called ‘radical’ is more a reflection of our current political moment & how far we’ve strayed from our bold, visionary past. Luckily, we can correct course. Besides, smart compassionate radicals have made this nation better.”

Also remember New Zealand is banning all new offshore oil exploration immediately, though there are still numerous licenses whose leases will be allowed to run out over the next decades. Read more.

“We are the leaders we’ve been waiting for and it’s up to us to claim power in order to help people claim their own.” (Jabu Daton, Chief People Officer at JabuHR)