Remember the Independent Contractors and Businesses Association? “The lobby group representing over 2,000 companies wanted a suspension of a cabinet order-in-council on the referendum and an order prohibiting the counting of ballots while it challenges the referendum process in court. [B.C. Appeal Court Justice Gregory] Fitch disagreed that the lower court erred in not recognizing that the association’s claims of irreparable harm would result from a limit on third-party advertising during the referendum (emphasis added) and that public confidence in the democratic process would be eroded.” Read more.

Just to refresh your memory of how responsibly the ICBA is engaging in the referendum debate, here are some of the images from their Facebook page:

You can tell by the numbering that there are seven more images in a similar vein…and no, they’re not trying to be funny.

As of Nov. 9, 3.7 per cent of referendum ballots returned so far

According to Elections BC, the Courtenay-Comox riding has returned 11% of the 121,888 ballots received by Elections BC to date. This is a tie with the Boundary-Similkameen riding. North Island has returned 8.7%. Powell River-Sunshine Coast riding has returned 6.5% of the ballots received. It looks like ridings where Fair Vote groups have been most active are getting a good return of ballots. Of course, we don’t know what the votes in those ballots are, but just that level of participation is encouraging. I think Elections BC is updating that website daily.

How has Pro Rep worked for New Zealand’s Maori?

Excerpt: “To me, I think it would be welcome from an Indigenous perspective, simply because the power base is broken up,” said Green Party MLA Adam Olsen who represents Saanich North and the Islands and is from the Tsartlip First Nation. It’s taken a long time to get to where we’re at,” Olsen said. “In the past, if we look at this critically, I would say all parties have been dismal in running Indigenous candidates in ridings that are ‘safe ridings’, or ridings that they intend on winning. All are pretty good at running [Indigenous] candidates in ridings that they have no intention of winning or don’t think they can win. If the system is changed to one that’s proportional, parties’ entire approach to elections would shift, he said. “We could expect that parties would have Indigenous candidates in much more advantageous positions than it being an afterthought or a stat they’d like to have.”

Ellis Ross, a former Haisla chief who is now a BC Liberal MLA representing Skeena, takes the opposite view. “The current system serves Aboriginals very well,” he said. “Not just [on] the provincial level, it serves them very well at their local level, their council level, it serves them very well in municipal elections. I don’t think that’s the issue here.” There’s a deeper problem, he said. “The issue is Aboriginals don’t have a clue what’s going on. They have no interest. That’s part of the problem I’ve been trying to address is the apathy, not only for provincial elections but federal elections, but also their own council elections.” Ross dismissed the idea that changing the electoral system would make a difference.”

Two contrasting views from two First Nations MLAs, but both views align perfectly with their party’s view on this referendum. Read more. 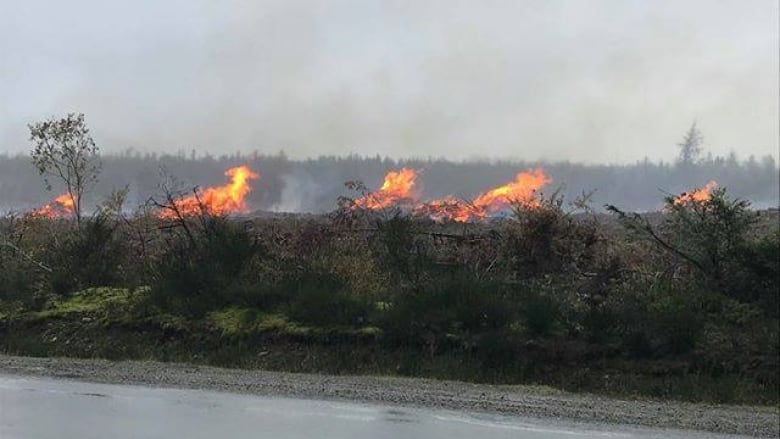 MLA Adam Olsen posted this photo on his Facebook page of what he said was a slash pile burning on Vancouver Island on Halloween afternoon. (Adam Olsen, MLA - Saanich North and the Islands/Facebook)

Slash burning: We’ve all experienced the effects of it on Vancouver Island. Adam Olson believes “that at the very least, forestry companies should have to pay the carbon tax on what they burn.” Read more.

It’s time to stop spraying glyphosate on BC forests

Andrew Weaver asked the question in the BC Legislature, “What are the values that inform our ongoing use of glyphosate in B.C. forests?” The answer to that, from the BC NDP Minister responsible was an essentially non-answer which stated that glyphosate (RoundUp) is legal. Of note, though, the  BC NDP are expecting a report on a study on the effects of glyphosate on moose forage and, as a result, moose population. That report is expected in 2019. Listen to the exchange here.

A team of volunteers moves Coho up an impassable waterfall on Shawnigan Creek one salmon at a time. And they’ve been doing it each November since 1978. Ah…the grassroots in action. Read more and watch the video.

See this link for a chronology of this LNG project; an article from March 2018 in the Alberni Valley News. From this week in the Comox Valley Record, the article describing the route from Powell River to Comox, and from Comox to the LNG facility that “if approved, will be built on 475 hectares of Huu-ay-aht land in Sarita Bay on the west coast of Vancouver Island near Bamfield.” The route from Powell River to Comox would be under the ocean. According to this article, the estimated cost is $30 billion and wouldn’t be operational until late 2024 or early 2025. A decomissioning fund wouldn’t be developed until after the site was operational (emphasis added). No mention of a disaster clean-up fund. According to this Times Colonist article, the project features floating production and storage units. What could possibly go wrong? The Huu-ay-aht First Nation website has this update from October 2018.

Also, here is the Canadian government Environmental Assessment site for this project. Written comments in either official language must be submitted by November 18, 2018 to:

“The NEB will hear oral traditional evidence from Indigenous groups in the coming weeks as part of its new review of the Trans Mountain pipeline expansion.” Read more.

“The Canadian Press used the Access to Information Act to obtain a heavily censored copy of the June CSIS brief, originally classified top secret. Civil liberties and environmental activists questioned the rationale for CSIS’s interest, given that opposition to the pipeline project has been peaceful.” Read more.

“The injunction is no longer relevant since federal approval of the project was quashed in August and construction has since halted, lawyer Casey Leggett wrote an application to the Supreme Court of B.C.” Read more.

Climate action in BC: The November offensive

Guy Dauncey, The Practical Utopian, is urging people to write all BC MLAs, but specifically NDP MLAs because the BC NDP “is getting ready to launch its climate plan at the end of November, somehow combining climate action sufficient to meet its stated goal of a 40% reduction in emissions by 2030 with its recent climate-disastrous decision to approve the big LNG Canada project.” The site contains contact information for all MLAs.

For the data nerds out there, check out Eric Grenier’s Poll Tracker. Disclaimer: NIPR’s in-house data nerd has concerns about the accuracy of this poll.

Also check out the Pollcast from November 8, in which Eric talks with Elizabeth May about her strategy for the 2019 election and the latest in PEI politics. This article includes the audio of the interview between Grenier and May.

Elizabeth May video: We can change everything! 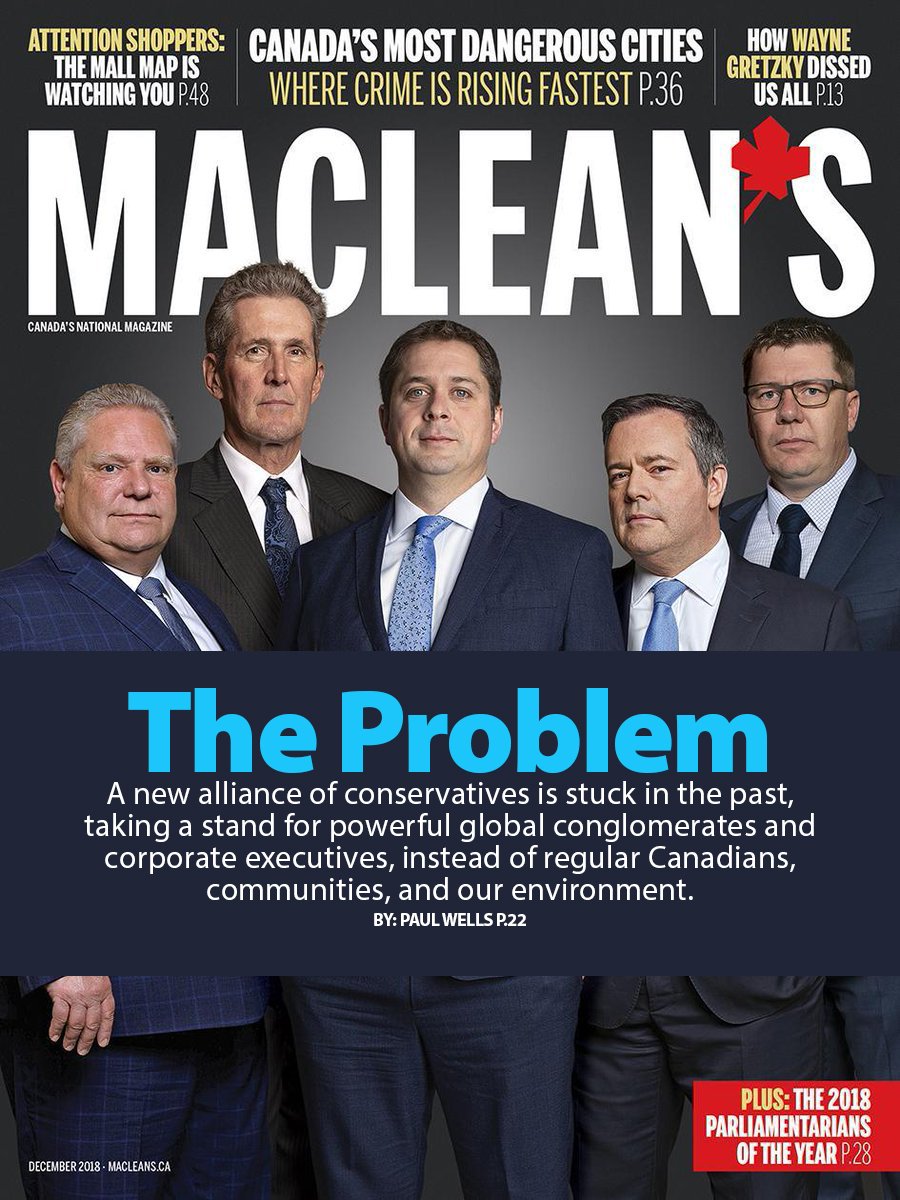 Green Party’s photo of real climate leadership: “Hey Maclean’s, we fixed it for you.” 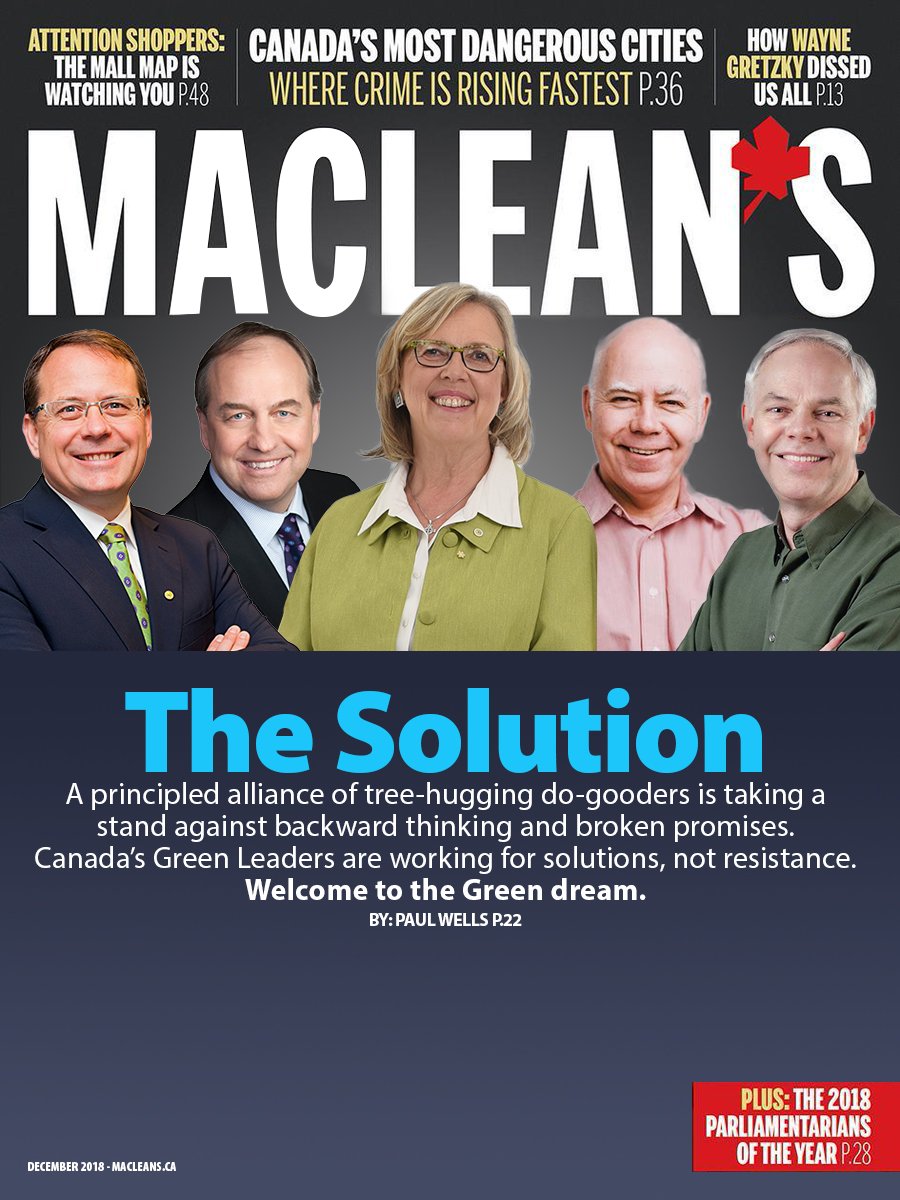 Neither left nor right, but forward… 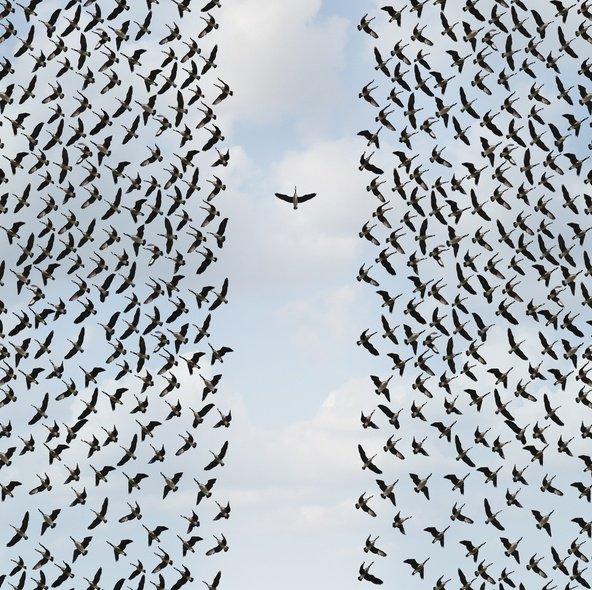 Feds say new legislation will reduce poverty by 50 per cent

…though there is no actual spending for programs to accomplish this goal. The law consists of targets to be reached by 2020 and 2030. Read more.
Excerpt: “Volunteers at the food bank [where the announcement was made] listened to the announcement with skepticism however, saying they had hoped to see more tangible commitments from government to help the homeless and the poor.”

“Twenty years ago, when the world’s leaders were debating the Kyoto Accord, a case could be made that politicians who chose to be early champions of action to reduce emissions were running a certain amount of political risk.  The public consensus on the need to act was not fully formed, the risks of inaction not as widely perceived, and the alternatives to producing high levels of carbon seemed elusive and expensive. Today, in Canada, the risk equation has changed. The bigger political peril lies in appearing indifferent to a matter of widespread and growing public preoccupation” Read more.

“…there is a new normal in Canada on the question of climate change.  Only 2% dispute that the climate is changing.  Among those who perceive a change, people are three times more likely to say human and industrial activity is causing it than to ascribe climate change to natural causes.”

Excerpt: “Currently under the Canada Elections Act, third parties that spend more than $500 during a federal election must register with Elections Canada. They can spend just over $200,000 on advertising during a campaign but as much as they want before its official start. Whereas political parties are banned from accepting donations from corporations or unions and face a strict $1,575-cap on individual donations, third parties face no restrictions on donors or the size of their contributions (emphasis added). The act expressly forbids colluding with political parties to circumvent the spending limits imposed on parties in a bid to level the monetary playing field. Despite that, in the run-up to the 2015 election, concern mounted that third parties in Canada were morphing into the kind of big-money political action committees that front for political parties in the U.S., rendering spending limits there virtually meaningless.” Read more.

The damage control from Alberta’s oilpatch watchdog is nonsensical

In a follow-up to the article in last week’s Must Reads, “While the [oil and gas] industry has pocketed hundreds of billions in profits from public resources, complicit regulators have enabled $260 billion in unfunded cleanup [in the Alberta oil patch] to accumulate.” Read more.

The 2018 Gideon Rosenbluth Memorial Lecture: Getting to 100% clean, renewable energy: A roadmap to transition homes, cities, countries, and the world

Watch the video. Start at 3 minutes in as there are technical difficulties initially.

At least it’s out in the open in Washington State. “If voters approve Initiative 1631 on Nov. 6, Washington state will take a significant step in climate action by becoming the first state in the nation to enact a fee on carbon emissions. That is, unless Big Oil can stop it.” Read more.

US court denies permission for Keystone XL to go forward

“US District Judge Brian Morris…found that the US government’s use of a 2014 environmental review to justify issuing a presidential permit for construction of the cross-border pipeline violated the National Environmental Policy Act, the Endangered Species Act and the Administrative Procedure Act.” The Trump administration, of course, will appeal. Read more. Also, this NY Times article and the decision itself.

US midterm elections: Governors could drive the next wave of climate change action

“Environmentalists lamenting that a green wave didn’t wash over Congress can find a glimmer of hope in the results of several key governor races. As of Wednesday, it looks like Democrats committed to fighting climate change gained several key governorships that could accelerate local and national progress in clean energy.” Read more.

“The Unites States Department of Agriculture (USDA) has been working on a new generation of edible packaging that may get the attention of food industry pundits. Casein-based food packaging, made from milk proteins, isn’t just edible, it’s also more efficient than other types of packaging as it keeps oxygen away from the food for an extended period, keeping it fresher for longer. The casein-based edible fabric can be infused with vitamins and probiotics. This technology from the USDA should be ready in 2019. Read more.

Nandor Tanczos gives a passionate speech about why he is leaving government because of his government’s inability to act in the people’s best interests. Even in a country with proportional representation, there is still acrimony rather than collaboration in parliament. Note: This is almost a year old, and it seems New Zealand has moved forward since this speech took place. 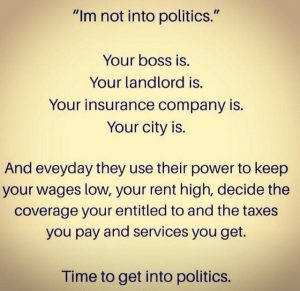