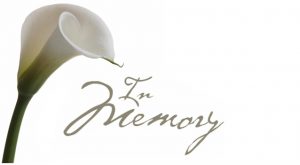 During the fall of 2019, I worked with a group of mostly women manning (an oxymoron that) the Green Party of Canada, North Island-Powell River (NIPR) candidate’s office located near the intersection of Anderton and Comox Avenue in Comox.

One of those women was Dandelion (formerly known as the activist Chris Morrison). She was a happily disorganized grassroots Green. She was there to happily greet visitors; I was there to make sure the office stayed organized.

One day, Doug Cowell, a member of the Electoral District Association and a founding father of the BC Green Party, stepped in and it was like grassroots old home-week. They discussed various campaign issues – door knocking, leafleting, donations.

But, soon, they realized that they had a shared history. Both had been involved in Clayoquot Sound protests (AKA War in the Woods) to save the temperate rainforest from clear-cutting, back in the early ’90s. In fact, hanging in the office was a poster-sized photo of Dandelion, happily being carted off by the RCMP.

This reminiscing soon devolved into the two of them singing a medley of greatest protest hits of the ’60s (the epicentre decade of protest hits).

“How about this one,” Dandelion would say, and start into “Where Have all the Flowers Gone” with Doug chiming in. That was followed by “If I Had a Hammer.” By now, I was humming along.

“Wait, wait! What about Canadian songs?” Doug said. They sang “Big Yellow Taxi,” not letting the high notes dissuade them.

Their voices and their memories for lyrics didn’t quite match their enthusiasm.

But who cares? I sure didn’t. Read more