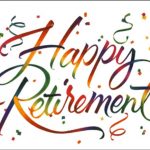 This December is my last one at North Island College. I’m retiring, you see; I’m leaving the world of academia behind and turning my contemplative eye toward what’s next.

But, before I can actually do that, I have a decision to make:  What do I want my colleagues in the department to buy me as a goodbye gift? A work of art (clay, oil, primitive)? A book of poetry (oh, pleeze)? An Oxford English Dictionary (too late)?

The answer is easy. Whatever is collected (which includes a small monetary gift from the college, I understand) will go to Kus-Kus-Sum, Project Watershed’s and the K’omoks First Nation’s ambitious project to acquire and restore to its natural state the Field Sawmill site located on the Courtenay River estuary.

I actually stole this idea from Courtenay Councillor, Doug Hillian, who publicly announced his intent to do the same thing.

Now, I challenge everyone else who is soon to join the ranks of the retired to direct your colleagues and associates to earmark any retirement funds they may collect for you to go toward supporting Kus-Kus-Sum.